April Fool’s! I’m posting about February! The fool is me.

It’s a leap year, so we got an extra day out of the shortest month of the year. It’s amusing how I get to write this down and have something to look back to. This way, I can still reminisce about a day that happens only once every four years.

Met up with friends for a Sailormoon cup sleeve event at Vertis North on the first day of the month! Got to journal while waiting for my friends, and it was a nice spot of quiet in the middle of a busy cafe. My friends brought their dogs with them, I’m so happy ;u; Hello Pomme! For dinner, we also got to eat at CoCo Ichibanya, my favorite Japanese curry restaurant.

Got the opportunity to watch SEVENTEEN on the Manila stop of the Ode to You tour! Wrote (extensively) about my concert experience here!

Watched Kim Jiyoung, Born 1982 with my friends Alex and Cheska! It’s been a while since I’ve met up with my friends, so it was nice! There were about five other people who watched the movie in the theater with us. Thank you to my favorite Gong Yoonatics for inviting me! You’re two of the very few people I would brave a QC to Ortigas commute for during rush hour, ask me how (I miss you, LRT-2).

NCT Life watch party with friends over at BGC! It was nice to meet with everyone after a long time! Slowly memorizing the names and faces of the NCT127 members haha. I want to go to Osaka 😦 I also got to visit the BGC branch of Fully Booked! I was extremely overwhelmed by the sheer amount of books so… I’ll buy a book next time!

Out with the supergroup on Leap Year Day, as per the usual weekend hits. I went to a SEVENTEEN cup sleeve event and hung out with friends and had dinner after.

The mall we were at had a National Pets Day event of some sorts, so a lot of the mallgoers brought their dogs! Hello Meiji! 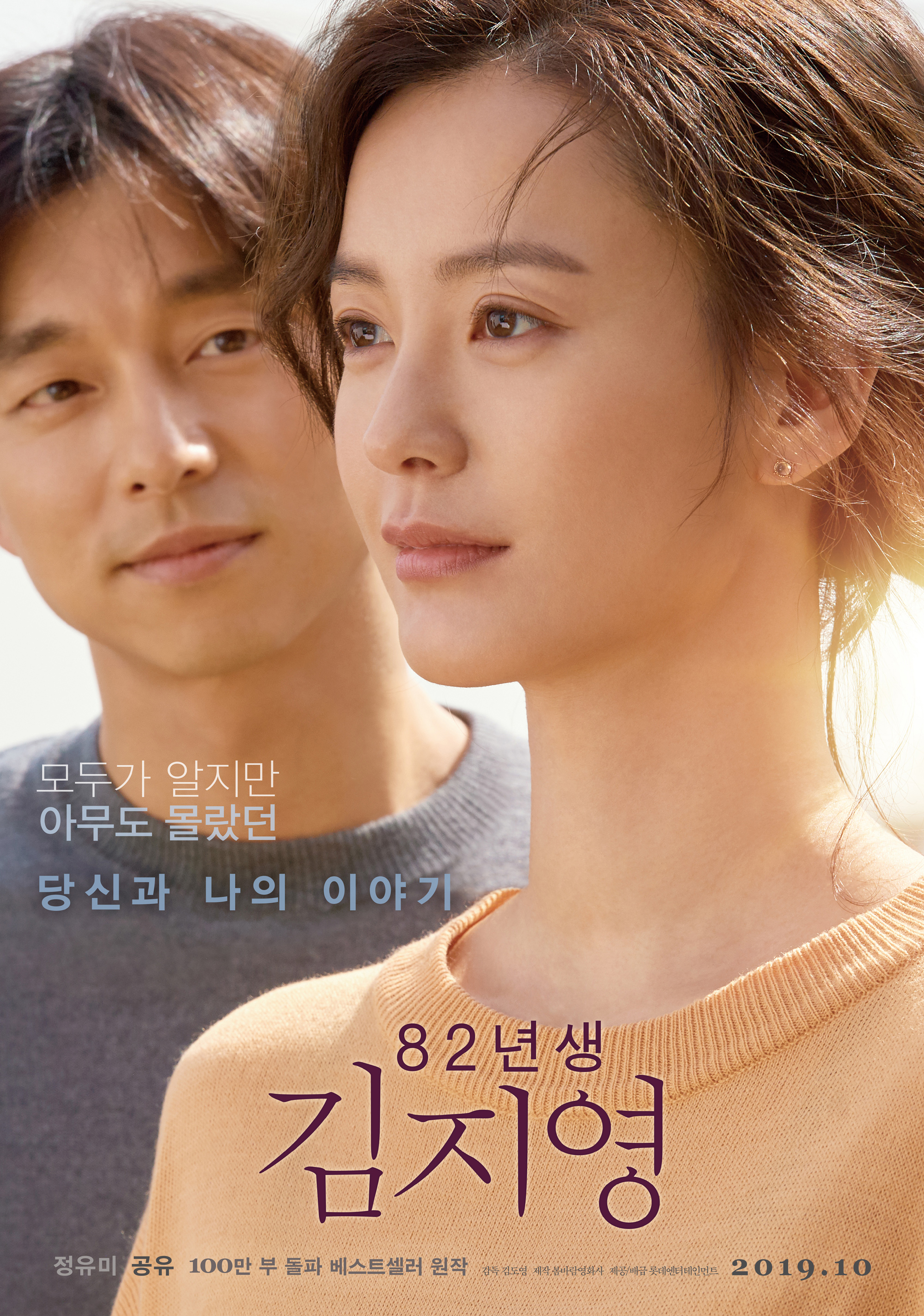 My friends and I saw the trailer for Kim Jiyoung, Born 1982 online and immediately scheduled to watch this movie together. The plot is like a universal open secret: the behind the scenes of a woman’s married life in a society that values sons more than daughters, men more than women. Watching it was an unraveling of truths that I have come to accept, but seeing all that misogyny laid out Right In Front Of My Face really made my blood boil. It also made me believe in the inherent strength of women, passed on from generation to generation, and the importance of a good support system.

I want to talk about this movie in length, so I’ll do that in a separate entry. As this is a movie adaptation of a novel, I also wanted to read the book before doing a review. I ordered the English translation of Kim Jiyoung, Born 1982 through Fully Booked, but it arrived right before the day the government announced the enhanced community quarantine guidelines. I’ll hopefully meet the book in better, calmer times.

Coincidentally, the movie is available for streaming at Viu starting today (not an April Fool’s joke)! I encourage everyone to watch it if you’re looking for a heartwarming movie about a woman’s relationship with the world at large. Plus points: Gong Yoo, in one of his best works yet.

Finally got around to watching 13 Castaway Boys: SEVENTEEN One Fine Day! Even before becoming a Carat (a fan of SEVENTEEN, if you’re new to this space), the OFD series is pretty famous for its content. I personally enjoyed watching this season a lot, because it showed how they work together as a team. Extremely worried at the start (they left 13 teenagers to fend for themselves on a tiny island??? With no luggage or money???), but they really are a good team. It also showed the members being petty teenagers fighting for fried chicken, and resourceful men learning skills as they go. I personally enjoyed watching the members cooking and learning how to cook! All in good fun. 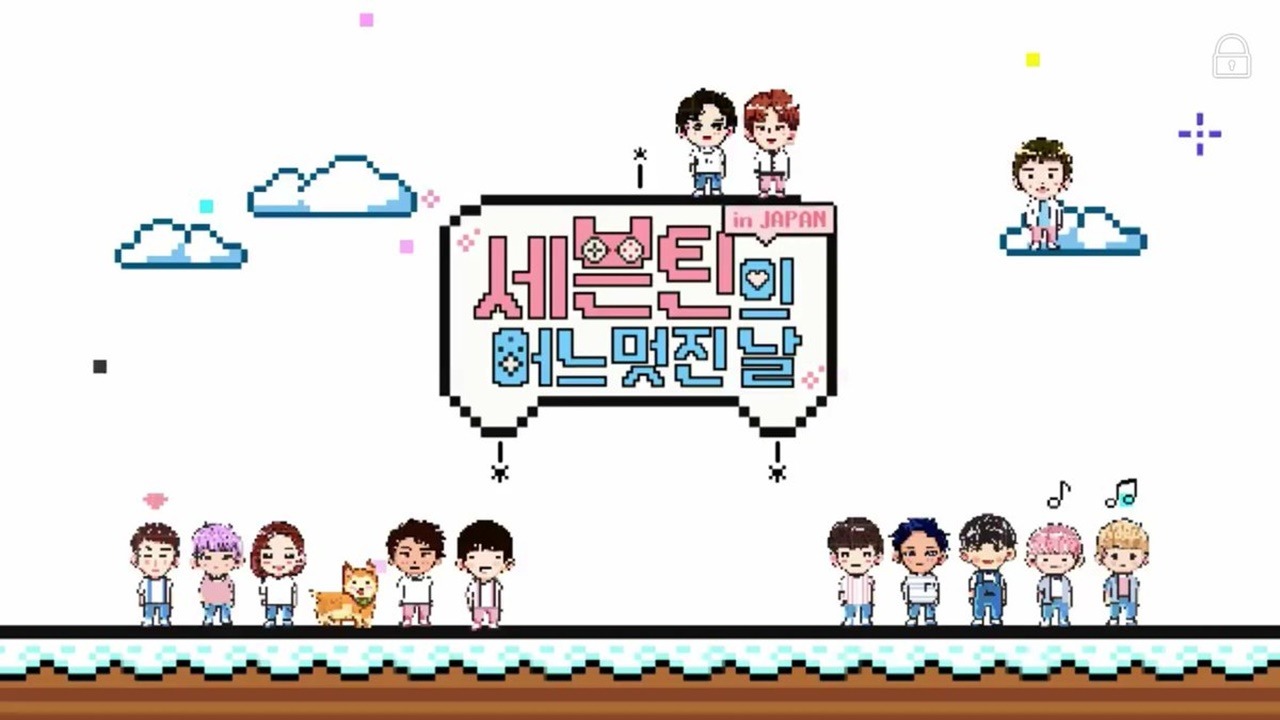 I actually watched SEVENTEEN One Fine Day in Japan before with friends, but I didn’t really know SVT back then. It was fun rewatching OFD in Japan with new/old eyes (and without annoying my friend asking who was who every ten seconds). The great thing about SVT’s variety shows was that they can make it enjoyable to viewers, even if they were non-fans (case in point: me and my other friend who watched this show with us before made the sheep head towels that some of the members were wearing at one episode). They really are a fun bunch to watch, and it was fun going around Akita through their eyes.

I started watching the second season of Sex Education, but it was admittedly heavier material than the first season (at least for me). I got to the first 15 seconds of the school bus arc before having to pause watching the series. It was one of the few times I was thankful for social media spoilers because I got enough context that I was about to watch content that is potentially triggering.

I got to watch the rest of the episodes at my own pace eventually, but it did make me wonder if  I was missing anything by not immediately engaging in discussions. It’s understandable in the internet world of FOMO to consume the media that everyone is talking about. But what’s brilliant about shows like Sex Education is that it opens several avenues for people to talk about how they felt about the show, even for those who may not be ready to talk about sensitive topics just yet. I got to get to decide to step away from that space, but also see other people open up about the dark spaces that deserve to have some light shine on them.

Also started Crash Landing On You, a wildly popular KDrama that got phenomenally high ratings in South Korea. It was interesting to see how my Twitter timeline was discussing it, as well as seeing just about everyone on Facebook talk about it. It was like going to sleep one day and waking up to about two dozen people sharing the same GIFs of Hyun Bin in military fatigues while riding a cool motorcycle. My sister, a massive Hyun Bin fan, sold the plot to me and let me borrow her Netflix account so I can watch the episodes she downloaded. I’ll talk about this in a separate post (also because I technically finished the series in March).

That’s it for February! I hyperfocused on editing photos for the Ode to You post (I had to sift through…. 3k+ photos… help) so this one was pretty late along the line, but I’m glad I got to finish it. See you next month with another life update!

Finished writing this post in the middle of Week 3 of the Enhanced Community Quarantine. We are in the middle of a global pandemic. Help is hard to be found, right when we need it the most.

How have you been?

I’ve been working from home for close to a month now, and it’s been rough on my mental well-being if I’m being honest. We’re lucky enough to have enough food on our table, but I can’t help but worry. I worry about the people I love, as well as the strangers who are helpless against this invisible enemy, against the events unraveling in this country, against the decisions made around the world that are causing thousands of lives.

These are strange times, and we all have different ways to cope. A lot of us are thrown out of our routines. Even writing this post has made me realize that as much as I am an introvert and a homebody, I crave human interaction. Even if it means meeting up with friends, or sitting in a cafe by myself and people watching.

A gentle reminder that it’s okay not to be okay. That it’s okay if you don’t feel like doing anything. So much has been happening, and it’s okay to feel sad and upset and helpless. You don’t have to force yourself to be productive because you find yourself with “all this free time” in your hands.

An intersection of my interests and the scrutiny of people on the world wide web. Welcome to my little space.